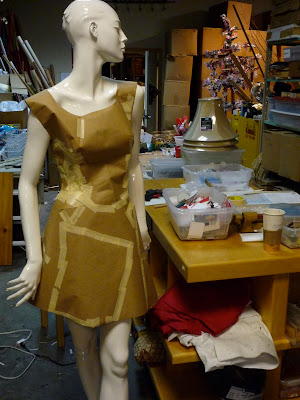 I've had so much fun making the props for our Christmas display at work this year. So, I thought I would take some step by step pics of the last dress that I built; in case you have a couple hundred cards lying around and want to make one yourself! I first started with brown craft paper and constructed a pattern. 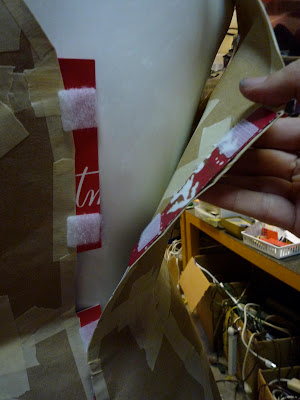 Cut up the back of the dress where a zipper would normally go and reinforce the edges with some cards then add velcro dots. Now you have a dress that can be taken on and off the form. 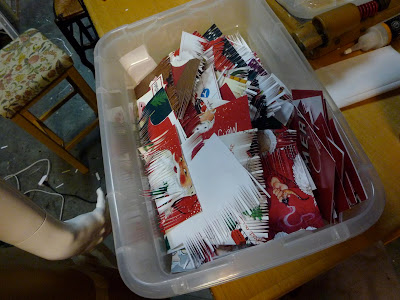 Cut the greeting cards in four pieces then fringe. No, I did not sit and cut each individual fringe. Martha Stewart sells a great pair of fringing scissors that cuts four fringe strips at a time. It went pretty quickly to cut up this box of cards. 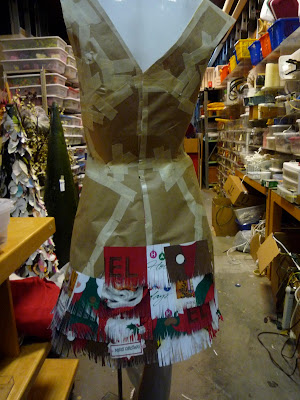 With a hot glue gun and LOTS of glue start gluing the strips on the paper pattern starting from the bottom edge and working your way up and around the form. 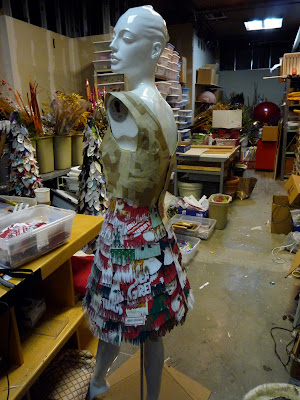 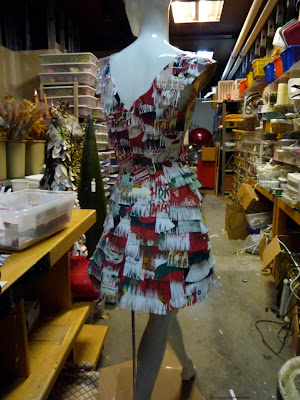 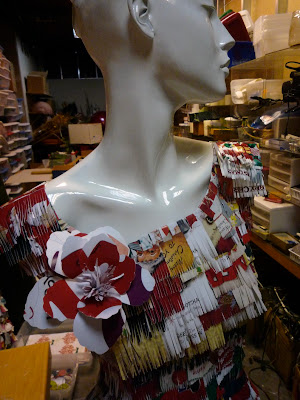 I made a cute little flower pin for her dress using a flower pattern from Paper Source. 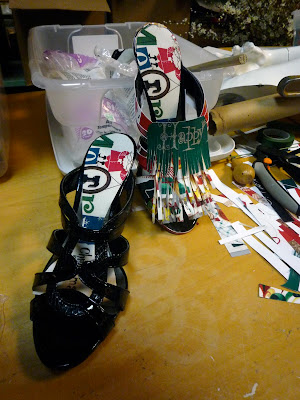 Her shoes of course needed to match! 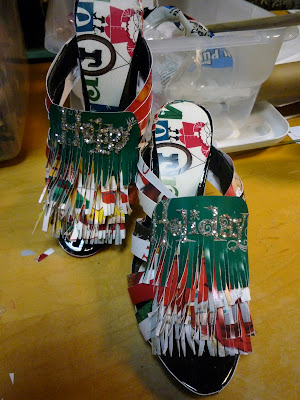 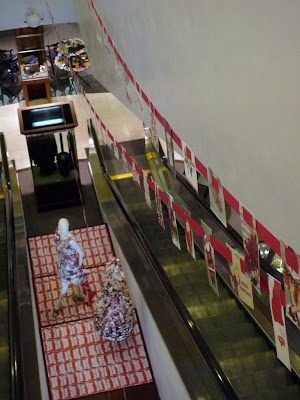 Here is our cocktail girl set up between the escalators on the first floor of Halls(Crown Center) department store. She is holding a string of cards that zig zags it way up three levels of the store.


All the cards used in our displays were reprinted from Christmas cards in the Hallmark archives between the 1920's-1980's. This installation is in honor of Hallmark Cards 100th Anniversary this year.
Posted by andrea at 10:35 PM

wow! I am totally impressed with the dress and the display honoring hallmark! beautiful work!

Nice! Interesting detail that I have been looking for on the Internet and that I found in your post. You made my day!!
chiffon long skirt

Excellent! Wonderful!Awesome! i like those paper cocktail dresses! and shoes too, you can set up a gallery i think, it will be popular

Very insightful and interesting blog. I would love to know more about this so posting more would be appreciated.Cocktail Dresses

It’s look so beautiful! I am enjoy and love it very much.and I love very much sexy and wonderful dress.
Hope you had the greatest time living it up!!
party tops

It is truly a great and helpful piece of information and nice collection.
I am satisfied that you simply shared this useful information with us.
Please stay us informed like this. Thanks for sharing.

Thanks for your great post:) Article picture is very clear, the style is very unique pink prom dresses 2013 uk

We recycle city materials in combination with precious metals primarily through cold connections to create our unique style of fine art jewelry.

Published in these books... 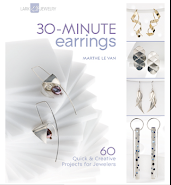 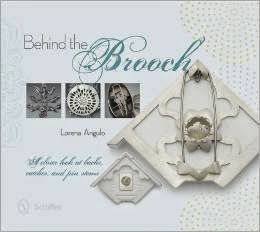 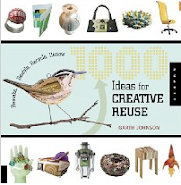